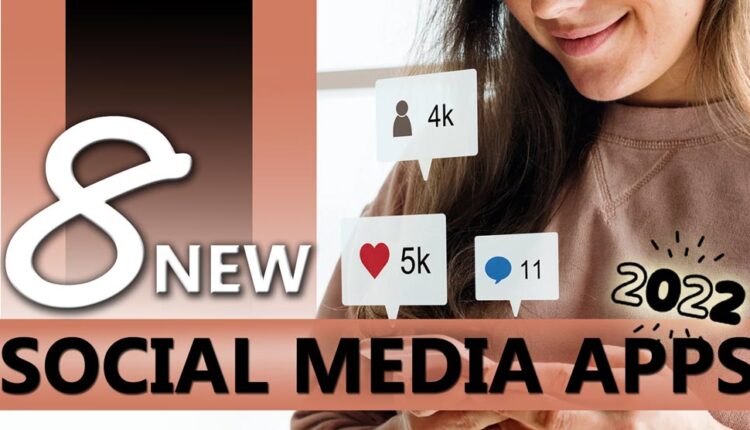 In this post, we bring top newest social media apps in 2022 that people are using all around the world.

Some apps are steady for users, but some might be a trend for a while and then fade away. Some apps that people are using constantly are mentioned below: The following part mentions some of these top and new apps in 2022 and gives more information about them. So stay tuned.

Twitch is a video live-streaming application that lets users interact with their audiences in real-time. The app was launched on June 6, 2011, and right now, it has 140 million active users every month.

Players record themselves while playing some games like Minecraft, Call of Duty, and Fortnite, and the audiences can watch live and chat in the room.

TikTok is a Chinese app that has launched in September 2016. It is currently the most popular in-app shop, with 1.5 billion users predicted by the end of 2022.

TikTok allows its users to record short videos that play on a loop. You can add fun effects, AR filters, and music to add some flavor to your content.

In this platform, like other applications, most of the users are under age 30.

In the first place, this app was a social gaming platform for mobile games. But now, it has developed into an extensive chat app.

Discord was founded in 2015, and it has over 100 million users that are going online every year.

Discord users are organized into separate sets of channels called servers. Also, the users can create servers for free. Here, users can watch videos, send and receive audio, and chat.

There are some rooms, and each has picked a special theme, and in that rooms, they speak about the title and share their ideas.

All the users can create their room and invite people to participate in the conversation.

At first, the app was invite-only, but recently, everyone can quickly install and join the app. Clubhouse was launched in 2020, and it has 10 million active users daily.

Loom is a video messaging application that lets users send their messages using shareable videos. It is perfect for video conferences and training videos.

Loom allows you to record your camera and use the microphone and your desktop while it is working. After you have done your recording, you can share your recorded movie.

It is a platform that Apple designers have founded. Caffeine.tv allows you to create live broadcasts for your friends and followers. The program shows up in a feed, where you can react with emojis or share your response in the comments.

Caffeine offers money for high views or subscriptions like the Twitch application.

Don’t be surprised, but this platform can be helpful to marketers in so many industries, such as news, hobby, gaming, and other things.

Peanut is a social media network for women to help them during the stages of motherhood. Mothers, expectant mothers, and the ones trying to conceive.

It was launched in 2017 to help women have more information and prevent negativity. It has 1.6 million users across the UK, US, and Canada.

The last application we want to mention here is Triller since it was introduced in 2015 and has more than 23 million downloads.

This music video app has artificial intelligence and lets users create professional and high-level videos. This app is similar to TikTok. It’s always an exciting hobby to try new social media apps. If you are trying to use them as an assistant for your business, you must consider the app’s concept and its audiences.

These are some favorite and latest social apps among the users, and since some of them are new, they can grow and gain more users. It depends upon their policy for keeping the users satisfied.

Which application do you use the most? Do you think that they will be part of our daily exploration, or they will be forgotten after some time?

Please write your ideas for us in the comment below.

What is the Most Liked Picture on Instagram Right Now in 2022?